GEOPRESS|360
CLOSE
Skip to content
MAP
HALF
FULL
CLOSE
ALL 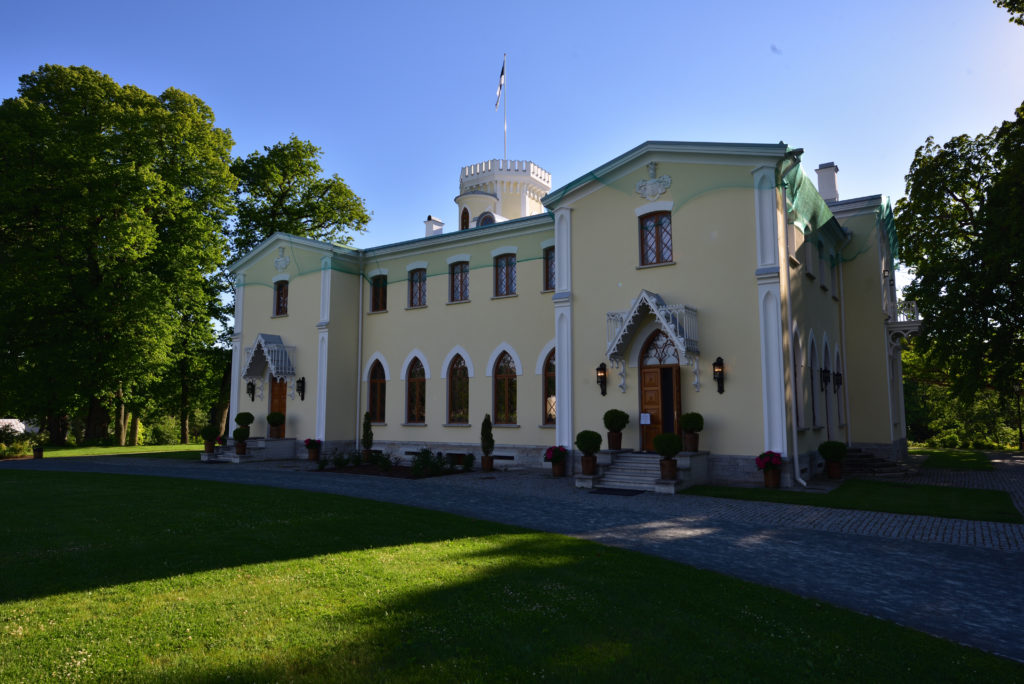 Estonia has long attracted Russians with its medieval history. The romanticism of the era of the knights of Tallinn Old Town remains a draw for tourists today. Just as interesting was 18th century Tallinn and its links with the founder of the Russian Empire, Peter the Great. He was the Emperor who built St Petersburg to be Russia’s ‘window on Europe’, and it was Tallinn (formerly known as Revel) that that became Russia’sdoorway into Europe. The imperial route became a gateway to what was known among Russia’s elite as ‘Russian Germany’. In the 19th century, it was the Schloss Fall, a castle in Keila-Joa, which became a Mecca for the nobility from Moscow and St Petersburg. The castle was the ‘nest’ of Count Alexander von Benckendorff who was not only head of the Secret Service, but also a close friend of Emperor Nicholas I. The construction of the castle was the first major work of outstanding Russian architect Andrei Stackenschneider. The neo-gothic castle was built in 1831 on the high embankment of a waterfall, in the middle of one of the most beautiful parks in Europe. Its uniqueness lies in its harmonious surroundings — a combination of the natural landscape of the Baltic Sea coast and a true English park.
Alongside local trees, many species from different zones of Russia were planted in the park — from Central Russian birches planted by the Emperor’s family, to Siberian pines and Kuril spruce. There was no shortage of esteemed visitors. An imperial gazebo was built in honour of Nicholas I who visited the estate in 1833 and it became a tradition that many distinguished guests donated park benches decorated with their coats of arms. A walk through the park along paths adorned with the insignia of famous members of the Russian and European nobility was like taking a tour through living history. Friends of the Benckendorff family included Alexei Lvov. He was an engineer, excellent violinist, composer, army officer and secretary of the office of Benckendorff. Whenever he visited Schloss Fall, the sounds of his violin were heard under the arches of the Colonnade. It is believed that he composed his most famous musical work — ‘God Save the Czar’, the anthem of the Russian Empire — while at the Schloss Fall. After the death of the estate’s first owner and his wife, it was taken over by his daughter Maria Benckendorff whose married name was Volkonskaya. Until nationalization in 1920, the Castle belonged to three successive generations of the Volkonski family, which included many outstanding members of the Russian government and military, as well as political and cultural figures. Castle Fall: 185 years later. The National Heritage Foundation acquired the mansion in 2010. In five years, its facade and interior were restored to the way they had looked at the beginning of the 19th century. In 2016, Castle Fall won the Best Restoration Work of the Year Award in Estonia. Today, the doors of the estate of Benckendorff-Volkonski are open to all visitors who wish to get a glimpse of what life was like in the time Emperor Nicholas I. The castle offers historical and thematic tours in four languages and hosts workshops, conferences and corporate events. It also hosts family celebrations such as weddings and birthdays. Schloss Fall has revived the musical tradition of the castle. In the evenings there are classical chamber and instrumental music concerts by Estonian and foreign musicians. Visitors also love the five o’clock tea parties with live music held on Sundays. One of the halls of the castle accommodates a restaurant with exquisite cuisine. On the second floor there is a small boutique hotel with stylish apartments named Emperor, Benckendorff, Volkonski and others. Some of the hotel rooms have terraces with magnificent views of the coastline, waterfall and park.     Schloss Fall is regaining its status as a favourite tourist stop. As an architectural masterpiece of the 19th century, the Benckendorff-Volkonski estate has withstood the test of time and, in spite of its former exclusivity, is democratic and open to the public. We welcome all guests — from south, north, west or east.

Your account will be closed and all data will be permanently deleted and cannot be recovered. Are you sure?